Prior to this I was a part time youth worker for Wigan MBC.  In 1996 I was approached by a community worker in Runcorn to support the credit union based in Widnes and to train a team of volunteers that were setting up a credit union in Runcorn. In 2002 when the credit unions merged to form Halton Credit Union I joined the Board and have served in the role of Supervisor and Board member.

I continue to serve as a director because I believe in the ethos and principles of credit unions. I am currently employed as a Branch Manager of Unify Credit Union’s Chorley office.

In my spare time I enjoy reading, watching TV, knitting and supporting Liverpool FC. I have a good sense of humour and have the reputation of being a bit of a practical joker. 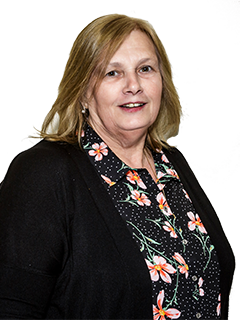